In today's first author spotlight we are featuring:

Meet Bob Dixon
Bob is a southern author from Columbus Georgia. He's happily married with two kids. In his early days he never really read novels apart from "The Lion, The Witch and The wardrobe". (Written by:C.S. Lewis) His number one passion was comic books from an early age...this triggered his desire into his writing career. In the early 90's he worked on a set of comic books titles for a company called Pocket Change comics. They were as follows: Assasinette: The Mind Stalker, Shadow Slasher, Psyco Duck, The Holy Knight, and Warzone 3719. He then went on to write his children's book Mouch and Company based on a comic series he had worked called Jester's dead. Most of the characters were adapted out of the series to fit the book, there was one that was introduced and that was Sherman the sock puppet which he introduced strictly for the comedy relief. Bob has also completed a couple more children's books which are: Rooty the Tree Troll and Holiday Bunny. He is also a two time Guinness World Record holder for having the longest comic strip. However like many authors in this day and age he has a job that pays the bills. Bob is a special education teacher for a school near him and his family. He has been in this field for 23yrs and enjoys it immensely. In his spare time he loves to hike, and has even hiked into the mountains of North Georgia. He loves to camp as well while on his hiking trips.
If you are interested in knowing more about Bob feel free to find him on Goodreads, Where writers and Authors meet via facebook, facebook itself and other various sites through Google. 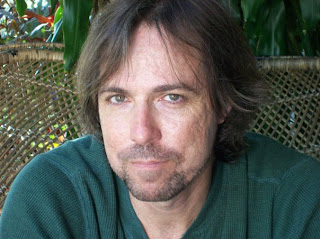