I am sorry it's late folks but this spotlight goes to a very special author:

Here's what I found out about K.D. She's an author and a poet whom has two books out at the moment on Amazon. They are called: Heavy Bag of Soul and Inside Sorrow ( which is a silver award winner in the competition International Reader Awards for 2013) K.D.’s current book, Erasing: Shadows, the first in a series, has just been picked up by Lycaon Press, the Young Adult/New Adult Arm of Breathless Press Publishing. Look for Erasing: Shadows before the end of 2013! K.D. has an eclectic mind and loves language, physics, philosophy, photography, design, art, writing, symbolism, semiotics, codes, spirituality, and Dr. Who. KD Rose is an avid supporter of music, the arts, cutting edge science, technology, and creativity in all forms that encourage us to expand and explore past the artificial limits we often set for ourselves, and see the everyday connections that exist among all things.
K.D. Rose values the question more than the answer and loves creativity and innovation. K.D. is also a sucker for cutting edge thought and has been known to bring some into reality herself.
Why did you get into writing?
I’ve been an avid reader since I was able to read. Everything I could get my hands on or that my parents would let me read. We used to have the magazines in school where you could order books- I was the nerd going home from class with six or seven books loaded up in my arms. I wanted to read every book in the magazine. My parents had to set limits. Writing them was a natural progression from there.
What inspired you?
Books that moved me. Books that took my imagination places I hadn’t even thought of. Books that made me want to get up, right there and do whatever the book was about. There are so many good books out there.

Some of my favorite authors were (and are) Harlan Ellison and Philip K Dick. Also Robert Anton Wilson. And then the poetry. Oh, my god the poetry. Rimbaud, e.e.cummings, Baudelaire, Yeats, Borges. Some things are so good they make you want to transcend life on the spot.
What do you like to do in your spare time?
Well, I don’t watch much TV. That is pretty much limited the Daily Show and Doctor Who ( which by the way is one of the only shows I’ve ever seen that has been able to move me in the same way a magnificent book can)
Is there anything you’re currently working on?
Yeah, a seven book series. Erasing: Shadows, which comes out this year, is the first book. Seven is daunting, I have to say. We plan to put out at least two books a year. And that doesn’t include my indie books which I will keep putting out. The next one is called I AM (Poetry in Motion). Poetry is the language of the Gods. It’s a shame more people don’t read it.
One thing you should know about me is that I am a quantum Idealist. I don’t believe in binary choices. In my world, Schrödingers cat is dead, alive, and is also is also living out multiple lives in different realities. In my world my favorite person to meet would be Neil deGrasse Tyson.
Website: http://www.kdroseauthortales.com (You are just as likely to find music on here as writing.)
Email: kdroseauthor@gmail.com
Facebook Personal Page: I encourage friending by all authors and writers in order to build networks! https://www.facebook.com/kdroseauthor
Facebook Fan Page: https://www.facebook.com/K.D.RoseWriter?skip_nax_wizard=true
Network Blogs: http://www.networkblogs.com (Feeds go here to over 400 followers, rather than directly to the website.)
Goodreads: http://www.goodreads.com/author/show/6038789.K_D_Rose
Linkedin: http://www.linkedin.com/profile/view?id=184204909&trk=nav_responsive_tab_profile


Or who inspired you that sort of thing?
Other things about me:
Join K D Rose on the following social media sites:
Twitter: @kdrose1 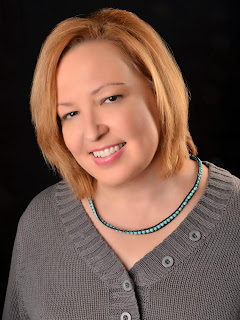